"I Don't See Color" and Other Stupid Remarks

Look, I get it. I was raised in the South, not too long post-desegregation, when the divisions between black people and white people were no longer enforced officially but definitely were policed socially. In the aftermath of such a visible dismantling of legal apartheid, and when the actual incidents visible to you as racism are mostly interpersonal, it can seem logical to conclude that racism as such persists mainly in the form of people being assholes to one another.  And since you can only control your own behavior, and the main way to influence others is by example...well the solution there is obvious.  Don't be a jerk.  Combat stereotypes by seeing people as individuals.  Object when racist language (that you understand to be racist language, never mind that some of that is subtle and keeps shifting around) is used.  Befriend some people different from yourself to demonstrate your open-mindedness (never mind the awkwardness of trying to be friends with someone on that basis).  Problem solved!  If everyone would do the same, things would be great!

Why are you still talking about it?  Why can't you just move on?

I'm getting a little snarky.  I hasten to point out that I actually do think that in the end, personal relationships and the way we treat one another are an important key to this mess. I got up and made a speech about it at the Athens Human Rights Festival one time, even.  I said, "Justice begins between you and me."

The problem is, that isn't enough.  Justice begins between you and me, but it ends somewhere else.

Racism is not just a personal moral failure; you're thinking of prejudice, which can exist both independently of and interwoven with systemic racism (though the impact when bolstered by the weight of social institutions and widespread pervasiveness is different). Racism is a collective and social evil, and therefore can only be addressed in collective and social ways.  In related news, people in the same society can have widely different experiences of it, and those experiences can be largely invisible to people who aren't in the same position.

It is a fine thing to see someone as an individual.  However, when you are seeing them that way, you might take into consideration that their experiences as an individual may include things like regularly being followed around in a store.  (This happened to my major professor.  In the same town where he teaches college.)  And it's ok, even, that you might be unaware that this sort of thing happens to people...because it doesn't happen to you, and the people it DOES happen to are probably tired of talking about it.  What is not ok is when someone starts to explain this or another circumstance of their ordinary daily life and you interrupt, dismiss, change the subject or otherwise clearly indicate that you don't believe them and/or don't want to talk about it.  Because that, my dear, is an asshole move.  Even if you say it nicely, and express vague wishes for a better world that don't happen to place any taxing burden on you.  Trite solutions ("I don't see color!") are condescending as well. Among other issues, it shows that you don't have the slightest grasp of the depth and complexity of the problem.

It is deep and complex because it is social, collective, and systemic rather than individual.  For mostly good reasons we tend to take our social institutions and customs for granted and not think about them too much; consequently, when they are screwed up it can be hard to even see the problem much less analyze it.  Change requires even more effort, and meanwhile new people keep wandering into the conversation saying things like, "But I don't see color!  Why can't we all just get along!" which keeps knocking the framing of the question back to the individual level...which demonstrably does not work.

Your lack of prejudice is admirable, in precisely the same way as your avoidance of peeing in public or kicking puppies.  It does not, however, actually solve the problem. If individual moral choices could solve the problem, we would have had this one tied up a long time ago.  We do not, which indicates it can't be solved by your individual moral choices.  You are not the Chosen One.

Unless you are the Chosen One, in which case I have to ask...where the hell have you been? 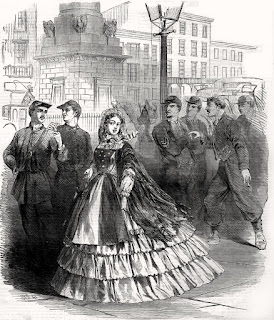