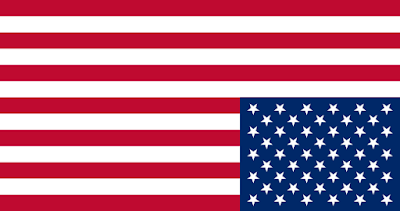 I just wanted to mention a couple of things about that interview you gave for 60 Minutes.

First off...a "couple" of incidents?  The Southern Poverty Law Center has logged over 400 instances of hate-filled intimidation and harassment since your election.  437 as of this writing.  And counting.  I am aware of a few here in Georgia, either as reported by the Atlanta Journal-Constitution or in my own social circles.

Secondly...Paid protesters is not a thing.  It's a common right-wing myth, but it's bullshit.  During Occupy some of us would sarcastically greet one another with "Got your check from Soros yet?" "Nope" "Me neither. Bastard quit taking my calls."  (Next time you see him, let him know I'm still waiting).


I've never encountered anyone actually being paid to protest, ever. The closest is organizers sometimes get a salary from the organization they are part of, and union members may get a supplement to make up for the loss of pay when they are on a strike, but as far as mass numbers of people being paid to go out into the streets? How do you think that would even work?

I don't think you have thought that through.  There seem to be a lot of things you didn't think through. And I'm wondering why the right accuses the left of astroturf grassroots and insincerity so often.  Are you projecting?

Of course, I'm writing from the assumption that you didn't know you were wrong when you said those things.  That is me being charitable.  Either you were deliberately lying, or you are inexcusably ignorant.  Which is it?

Or...more charitable...you are trusting the wrong people to inform you. That is a problem you can solve, right now. It would have been better if you'd done so before, but...better late than never.  Bear in mind that there will be a point where it is actually too late, and I'm worried about that. You ran on telling everyone how dangerous the world is.  You volunteered to protect us.

I don't trust you to be able to do that. Prove me wrong.


PS for those following my Twitter back to my blog, or who otherwise find it, who think you are going to make me another statistic:  First, you'll be proving my point and second, Georgia has pretty good cyber harassment laws, and third...don't think I would do this without a plan.  Civil disagreement is fine.  Anything else will be dealt with summarily.  Don't try me.


From Dorine Jennette: PLEASE JOIN ME IN WRITING THE ASSAILANT-IN-CHIEF Please join me in bombarding the Assailant-in-Chief with letters: https://www.donaldjtrump.com/contact. I will write to him every day through his first 100 days in office, maybe longer if momentum holds. I am asking others to write just ONE letter. Let's not just vent our grief to each other--let's speak truth to power together. Please WRITE and please SHARE this plan with your friends. Pass it on! You do not need to be a woman or an assault survivor to address the Assailant-in-Chief as such. If you are a man who has a daughter, a sister, a wife, a woman colleague or friend you respect, or a mother (hint: that last one is all of you!), then you have something to say to the Assailant-in-Chief. Your letter might be a brief one-liner. That's great! Please send it! Women need our allies now. Here's the link to DJT's contact page--this might take you one minute or less! https://www.donaldjtrump.com/contact Or, maybe you will start a related project addressing any one of the many groups Trump has already harmed . . . As we talk with each other, let's break the bubble and also send our complaints straight to the source. He won't read them and won't care if he does, so probably this is a placeholder action while we figure out what we're really going to do . . . but it's something.
Posted by Sara Amis at 8:34 AM