Tom Owens Is A Racist, And It Matters

There, I said it.  Somebody needed to.

In case you haven't heard, the First Amendment is in trouble in DeKalb County, Georgia. George Chidi, a journalist who writes for Peach Pundit ("Fresh Political Pickins From The Peach State") was writing a profile of a candidate for a DeKalb County Commission special election, and in the process showed up to two public events and called the man.  Tom Owens, the candidate in question, took exception to all this and took out a temporary protective order.

The Washington Post covered the First Amendment issues fairly authoritatively, while Bill Torpy at the AJC covered the low-to-the-ground craziness of it all.  Nobody, to my knowledge, has talked about the racist undertones...and overtones, and middle-tones...of the situation.  I guess I can see why.  There's so much to discuss, and the utter outrageousness of a politician using the courts to suppress coverage he doesn't like pretty much drowns everything out. A white man using the law to harass and attack a black man is, sadly, not news...though the fact that it can still happen should certainly engender outrage. However, I'm an academic, not a journalist, and my habits tend less towards reportage and more towards analysis...among other things, of the status quo and what's screwed up about it.

Full disclosure:  George is my...well, we're both in our forties, and "boyfriend" is a bit teenagery, but let's just go with that. Things have been interesting at my house lately. In any case, it happens that I have opinions about this situation, and a unique perspective from which to view it.  And since I, too, am a writer, I mean to express them.

Premise:  Racism, sexism, and the like are social evils, not merely personal moral flaws. Therefore, you can be unintentionally racist, if your behavior fits a pattern of racism that exists in our society. (The thing to do once you figure this out is to apologize and move on. Or change your team's name, as the case may be). I don't actually think this one was unintentional, but it's just possible Mr. Owens and his compatriots, on the way to fabricating a pack of lies and abusing the court system in order to piss on the Constitution, were racist by mere accident. My point being, I don't have to know their exact motives to see that their behavior fits a racist pattern, any more than I have to shave an itchy cat to prove she has fleas.

It so happens, though, that Mr. Owens has what one might call a history suggestive of problematic racial ideologies.  He's an anti-immigrant activist, has been in a protracted feud with the mosque he lives next door to, and spit on someone's door because he thought she was helping Muslims. Then there's this:

Incidentally, George is the son of an African immigrant and an American-born mother...the exact same demographic as the President (and we all know how fair people are to that guy). He tells me he was questioned rather aggressively by Mr. Owens' campaign manager Wayne Witter as to whether or not he was a Muslim.

In other words, I am not making a great leap of assertion here.

At any rate, in the last few days Mr. Owens and others who are close associates have done their best to muddy the waters and make themselves look...as good as they can. The cant of their arguments is revealing:

"I am not attacking freedom of speech because I didn't know George Chidi was a reporter.  He didn't identify himself, so it's his fault."

So many things wrong with this, including the fact that ordinary, non-professional-journalist citizens have a right to ask questions of candidates for office at a public forum. Even, and perhaps especially if, they are questions those candidates don't want to answer. It's just that reporters have additional protections for obvious reasons.  But there is absolutely no way on God's green Earth that Mr. Owens didn't know George was a reporter before he filed that TPO. Aside from the fact that you can hear him on the video which accompanies the Huffington Post article identifying himself as a reporter, when he is working on a story, it's the second thing out of his mouth:  "I'm George Chidi, and I'm a writer."  Or, "I'm George Chidi, and I'm working on a story." Like that.  It's a reflex.

"He was loud and upset people."

By "people" Mr. Owens clearly means himself, and by "upset" he means "asked questions I didn't have good answers to."  George is also unfailingly polite to people who are polite to him, and usually even when they aren't.  It is possible he may have been a bit loud by our genteel Southern standards.  That can happen when he gets excited. 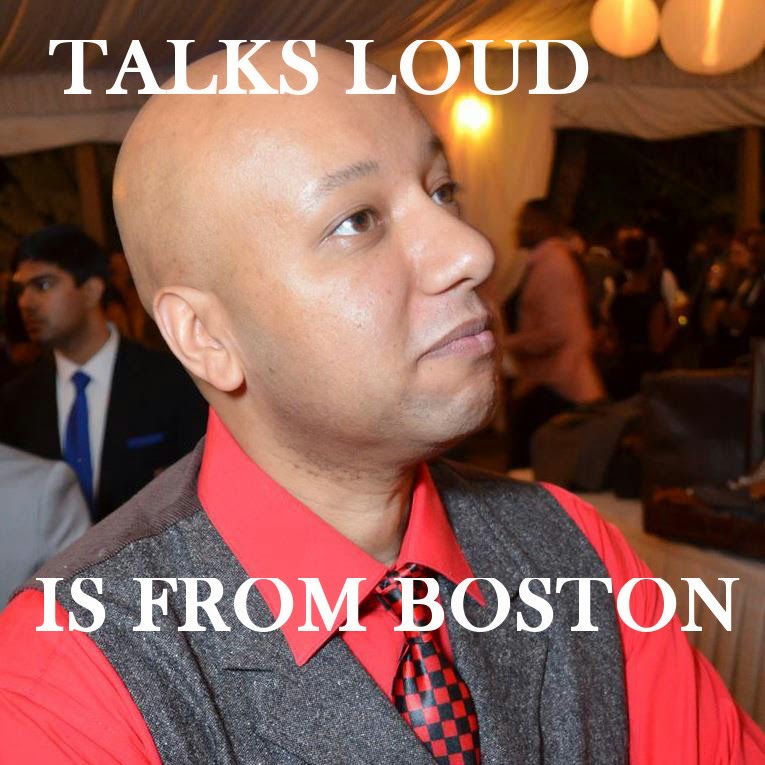 Last I inquired this was not actually a crime. And for those of us who have gotten used to the idea that Atlanta is a big city which attracts people from all over the place, and also that there are human beings in the world who are not exactly like ourselves, it's not actually hard to adjust when people follow different rules and don't quite behave precisely the way we would. That's what my Mama taught me was polite.

Mr. Owens has a history of claiming this, that, or the other person has threatened to kill him. I confess I can see why he might imagine that people hold him in deep contempt. But in this case, the narrative that he and others (including Bill Simon of PoliticalVine.com) have tried to construct casts George in the role of Scary Black Man.  They could hardly have picked on someone less suited... 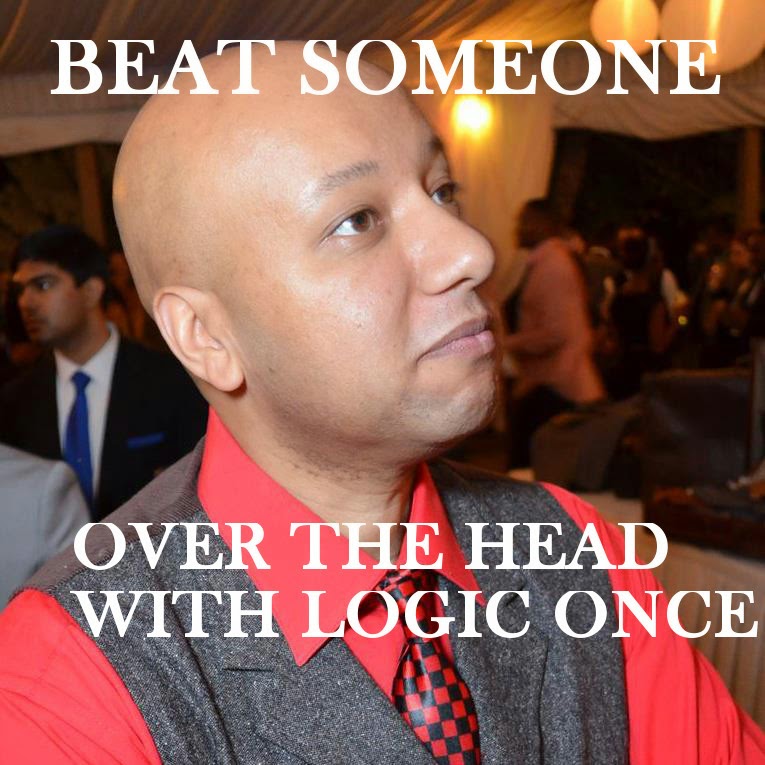 ...but that hardly matters.  Stereotypes don't truck with reality, they just hew to people's prejudices.  And in the minds of people like Tom Owens and his friends, it's not important that George is actually a friendly goofball who narrates the inner thoughts of any dog he meets.  Black and brown men are scary, violent, criminal, and dangerous, and that trumps everything. Truth and common sense...and the Constitution...can go to hell.

Now, Mr. Owens is no respecter of persons...or position, or race, or gender...when it comes to his (heavily documented) harassing behavior. But the Scary, Threatening Black Man is not just a stereotype or a media image...it's an internalized false belief that research shows is widely held, and given his other behavior, Mr. Owens is unlikely to have an isolated quirk of fair-mindedness about it. I think he did feel threatened by George's questions...not for his safety, as he claims, but for his political aspirations. It was an easy leap from "I feel threatened" to "he is threatening me" and from thence to trying to use the courts in order to quell the threat.

This kind of thinking all too often turns deadly.  In this case, it has only turned into a three-ring stupidity circus and interfered in my life and George's life.  But there's a connection, and an important one:  bigotry means you only see people like yourself as fully human, and therefore you don't reflexively offer those who are not like you the same mental "space," including respect for their basic rights.  It's why women get imposed upon walking down the street.  It's why young men get shot for holding sandwiches and wearing hoodies.

I actually think Mr. Owens is telling the truth about this one thing:  He didn't think of what he was doing as an assault on the First Amendment.  He was, after all, just trying to get a black guy to shut up.