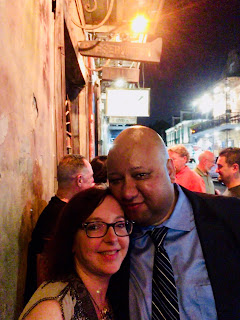 Then there's the advantage granted to you just by being the person you are, in the body that you're in; what is otherwise called "privilege."  It's not a magic wand or a cure-all (as any white person who grew up poor can tell you) but it is power nonetheless.  It's a little bit of extra authority sprinkled on your voice and actions.  It won't fix everything, but that's not your job.  Your job is to speak.
Posted by Sara Amis at 11:05 AM